This publication was originally published in the Irish Times 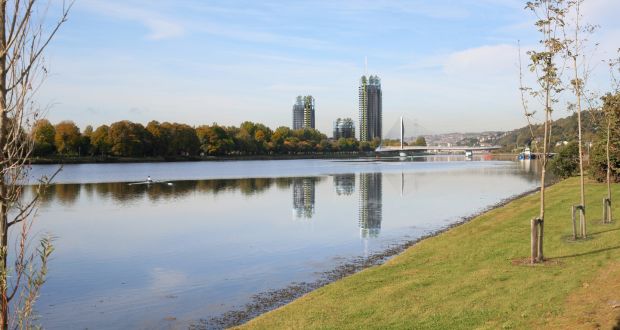 Taoiseach Micheál Martin has hailed the establishment of a new office to oversee the development of the Cork docklands.

Mr Martin said the move is a significant step in creating a magnet for investment in Cork in the same way that the Irish Financial Services Centre (IFSC) helped grow Dublin’s docklands.

Mr Martin said the decision by Cork City Council and the Land Development Agency (LDA) to set up the Cork City Docklands Delivery Office is an important step towards developing almost 146 hectares of land along the quays in a plan aimed at creating 29,000 jobs and homes for 25,000 people.

“The redevelopment of the Cork City Docklands will be a project of international significance,” said Mr Martin. And he noted that the IFSC had driven development of the Dublin docklands while similar developments had proven successful in Stockholm, Sweden and Aarhus in Denmark.

“This delivery office offers an opportunity to create a magnet for investment into Cork city. It . . . underlines this Government’s commitment to balanced regional development,” added Mr Martin.

Lord Mayor of Cork Cllr Joe Kavanagh said the delivery office will be tasked with creating partnerships and removing obstacles to development along the north and south quays and in Tivoli.

Cllr Kavanagh said that Cork City Council and the LDA will seek substantial funding from Government under the Urban Regeneration and Development Fund with the aim of building an internationally recognised brand for Cork docklands.

“This new partnership . . . will be a nationally and internationally renowned project,” he said.

Cllr Kavanagh said Cork city is poised to be a key driver of Ireland’s economic growth with the population of the city targeted to grow by 50 per cent to more than 300,000 by 2040. “This will strengthen Cork as a city of scale.”

Cork City Council chief executive Ann Doherty said that among the projects which are being examined by the partnership are developments at Marina Park, further embracing the river Lee as an amenity and the improvement of transport with the development of a hub at Kent station.

She said the developments will include homes, schools, medical and social services, sports and recreation facilities, office space, pubs, bars, restaurants, hotels retail and two new bridges for the city.

More than 1,600 residential units are in the planning process in the area with 136 hotel rooms built or in construction with 265 rooms seeking planning, said Ms Doherty.

LDA chief executive John Coleman said the agency’s mission was to work with local authorities to unlock the potential of State-owned lands and other strategic sites to increase the supply of affordable housing and various urban regeneration projects.