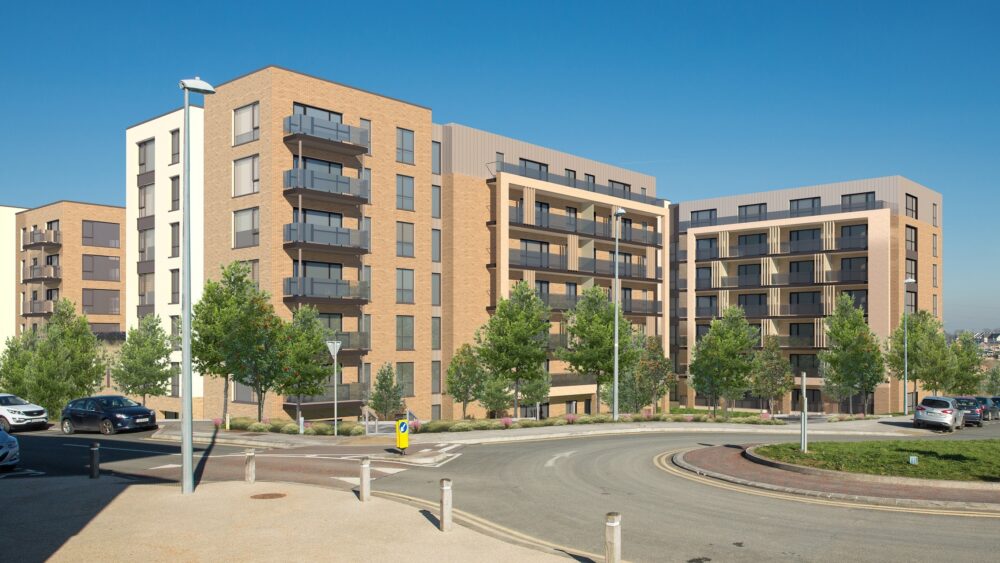 The Land Development Agency (LDA) has signed a contract to deliver 247 cost-rental homes under its Project Tosaigh initiative, a multi-phase programme through which the Agency expects to deliver 5,000 affordable homes through partnerships with housebuilders by the end of 2026. This is in addition to direct delivery by the LDA on State lands.

The LDA has contracted with the McGarrell Reilly Group, for the delivery of 247 apartments in Hansfield, Dublin 15.

Hansfield is well located in Dublin’s North-Western suburbs, with excellent public transport into the city by train and quality bus corridor. It benefits from an Educate Together Primary and Secondary School and extensive green space and communal facilities.

Construction has commenced on site and delivery of the homes is expected to take place during 2024. The homes will be made available to rent by the LDA upon completion.

Housing delivered under Project Tosaigh will comprise of homes for rent and affordable purchase under the Government’s affordable housing mechanisms, specific scheme information will be made available via the LDA website.

The LDA recently announced the delivery of 95 homes in Mallow, Co Cork through Project Tosaigh. 22 of the affordable purchase homes will be ready for occupation before Christmas, with the remainder being delivered in two further phases in 2023

“The announcement of the second Project Tosaigh project demonstrates the progress the LDA is making in accelerating the delivery of affordable housing. It will mean 5,000 new homes by the end of 2026 which will be incremental to the supply the LDA will is already working on through its State land pipeline. This is an example of the State intervening in the market to ensure that land with planning permission doesn’t sit idle when families are urgently in need of their own home.”

“Project Tosaigh is providing an important mechanism for us to accelerate the delivery of affordable housing by supporting housing construction on private land where it had stalled. We intend to deliver 5,000 affordable homes by 2026 through this approach, substantially increasing our delivery capability in the short-term. Whilst our longer-term approach continues to focus on publicly owned land, it makes sense for the LDA to step in as a catalyst to speed up affordable homes delivery that is needed now, with the security of knowing all homes will be either retained in public ownership or made available for households to purchase on an affordable basis.”

Project Tosaigh was announced last year in the Government’s housing strategy, Housing For All, to unlock land in private ownership that has planning permission but where delivery has stalled due to financing and other constraints. An expressions of interest process was launched at the end of 2021, and the LDA now has a pipeline of projects anticipated to deliver c. 1,000 affordable for sale and cost rental homes.

The developments are well-spread regionally, in Dublin, Cork, Waterford, Wicklow, Meath and Kildare, and represent the first phase of the process which the LDA expects to deliver 5,000 homes across a multi-phase process, in addition to the 6,000 the LDA has planned for delivery from its existing portfolio of State lands. A further 10,000 to 15,000 homes are anticipated after 2026 from the transfer of additional state lands announced in Housing For All last September.

The LDA, in coordination with its local authority partners, is now seeking further submissions from the housebuilding sector to deliver housing / apartment units based on an agreement for the LDA or its nominee(s) to purchase homes upon completion (already completed homes will not be eligible). While the process is open to all proposals, the LDA will prioritise proposals for higher density homes in the cities of Dublin and Cork, where the homes would otherwise struggle to be advanced in the current market environment.